John William Lewis is my great-great grandfather – my mother’s father’s mother’s father. When I picked up this hobby, he became my brick wall. A brick wall that I’ve managed to smash to bits over the last few months.

While my search for the Smith Sisters has been quite public, this one has been a little quieter. It’s complicated, and runs against more accepted stories, but I also have the evidence to back it up the entire way. The search to uncover this story is what got me hooked on this hobby because as you will see, it has a few twists and turns!

John William Lewis (or Jack) was born to John and Ann Lewis (nee Jackson) on 28 May 1875 in Wellington. His parents were both born in England, and married in Melbourne, Australia in August 1874, then somehow arrived in Wellington before Jack was born.

His father, John is cited in various records as a mariner, a captain, and a laborer. I suspect John may have worked the journey over.

When I first started, the ‘established’ Ancestry trees had Jack marked as an only child (he was actually the eldest of six), and as having died in 1919, no location or reference given.

As it turns out, he died 4 September 1957 in Napier Hospital. But it took me a while to figure that out.

In trying to find out where Jack’s parents came from, I accidentally uncovered what I lovingly call ‘the family soap opera’. Because many of the events unfolded exactly 100 years ago, the records are being released in ‘real time’. So it’s been a little harder to verify my facts, but also very exciting to uncover it all.

As far as I know, much of this was buried. It doesn’t seem to be held in living memory (though at least some of the people involved are remembered). Things were just presented simply, and were simply accepted.

The complicated and messy bit was probably only known by a handful of people, and they appear to have agreed to shut up about it. It’s only now the records are becoming available that the truth is falling out of them.

To the best of my knowledge, I am the first super-nosy grandchild to get all up in their business and figure all this out. It’s been a fascinating and thrilling journey.

A couple of notes: when a code (e.g. “(ref: 1234/5678)”) is placed after a birth, death, or marriage, it means I don’t currently hold the record, but it is available through the Historical Births, Deaths, and Marriages website. Just navigate to the right category, pop the code in the search box, and the record will be displayed.

There are a lot of images containing text in this post. A plain text transcription for these images is available here for screen readers etc. 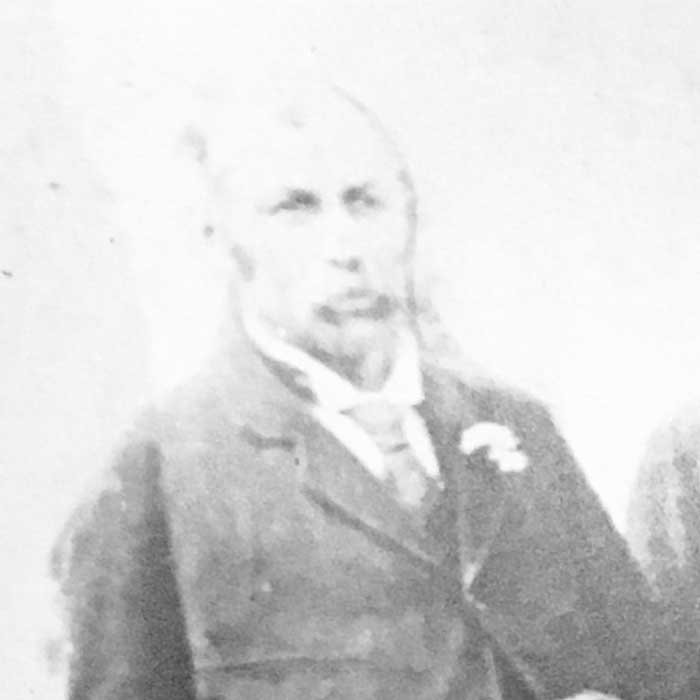 William Johns. Image from the collection of Charlotte Johns. 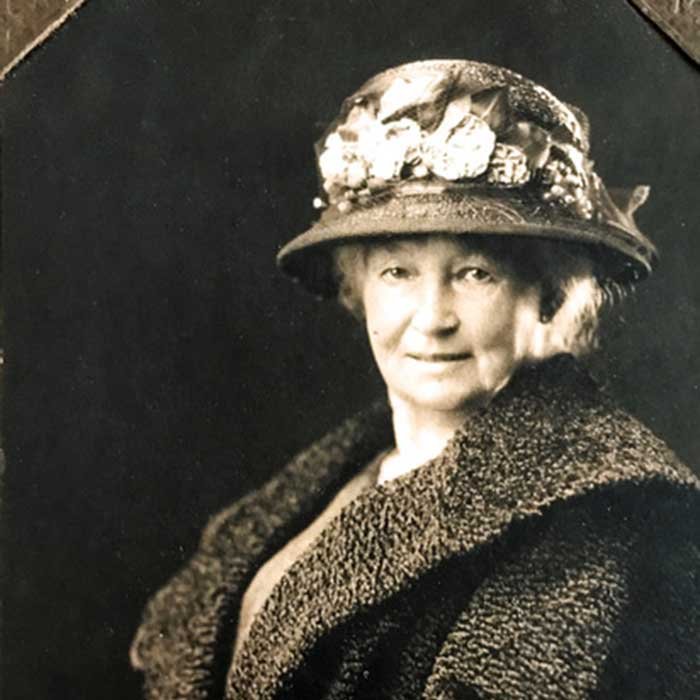 William and Mary had both immigrated to Lyttleton in the early 1870’s as teenagers with their parents and siblings. They were married in 1875 in Kaiapoi (ref: 1875/515).

Jessie was the third of six children. Somewhere between 1884 and 1887, the family moved to Wellington, where William worked as a Carrier. On 25 January 1897 – at the age of 15 – Jessie gave birth to Rose Myrtle Johns. I believe Rose was raised as the daughter of William and Mary, at least initially. Many family trees seem to place Rose as their daughter, but her birth record (ref: 1897/1810) says differently. Her father is not recorded.

So when Jessie came home at age 17 in April 1899 – pregnant again – well, I guess her parents didn’t like that. On 29 April 1899 she was married to John William Lewis (aged 23) in her parent’s house in Karori, Wellington. Her siblings Edward and Emma were witnesses. Print out for the marriage of Jessie Ann Johns and John William Lewis. Ref: 1899/1990. Note that Annie’s age is definitely wrong, she was 17. Click to expand. Six more children followed for Jessie and Jack over the next 12 years – four of whom survived. 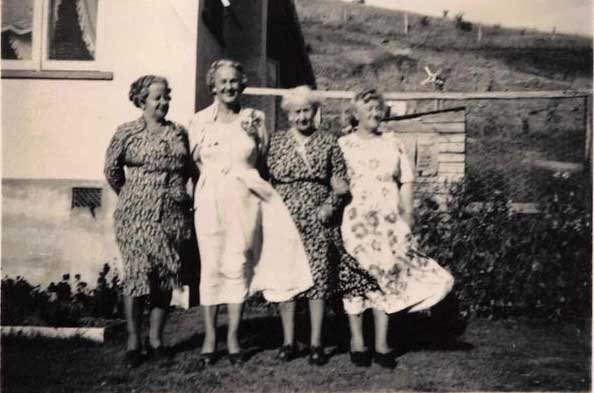 Myrtle Rose, Rita, (or perhaps the other way around), Eve, and Mona Lewis. From the collection of Gaewyn Evans.

Jessie and Jack lived in the Wellington region during this time – mostly around Johnsonville and Upper Hutt.

Early in their marriage, John worked as a ‘wheelwright’, later becoming a ‘carpenter’ – a career he continued until his retirement around 1943.

It’s the divorce records that proved to me Jack didn’t die in 1919 like the other Ancestry trees claimed. He up and left; but he was very much alive.

In the early 20th Century, divorce cases were part of regular court reporting and were published in the newspaper. I came across them while searching Papers Past.

In 1913, Jessie filed for divorce the first time, on the grounds of ‘persistent cruelty’. We don’t know the details of that because when a divorce is not completed and filed again later, the original file is replaced by the new one. She tried again in 1916 citing ‘mental and physical cruelty’ and was granted a separation and maintenance for the children. But again, this divorce filing was not completed.

The divorce was finally granted in 1920 on the grounds of ‘desertion and adultery’. This is the article that made me think perhaps the tree was wrong – John William Lewis didn’t die in 1919, and there was more to this story. Divorce records are openly available to anyone 100 years after they are closed through Archives New Zealand. Sitting in 2022, I simply paid $25 and ordered a digital copy of them.

You’d think divorce files would be juicy, but it’s mostly a bunch of letters written backwards and forwards by lawyers. There are about 5 bits that are actually interesting. Plain text transcriptions are here. I found a second marriage record for Jack in 1921 – to Harriet Elizabeth Petterson – but something struck me as strange. Other Ancestry trees had her placed as the wife of Jack and Jessie’s second son – Fred!

It looks a lot like the second wife of my great, great grandfather ran off with his son (my great uncle) - and had kids with both of them - and oh boy it's a mess untangling it all. 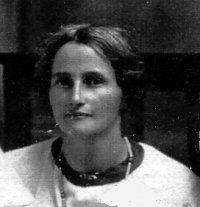 Throughout this time they lived in the Otaki and Fielding areas. And this is where things get a bit hairy. These records are coming out in ‘real time’. I can’t access all the information, but in some places I can ‘skip to the end’ as records related to death are often accessible first.

In February 1927, Harriet filed for divorce in Fielding on the grounds of ‘cruelty’. The court was cleared as the details of the case were described as too “sordid” to be heard in open court. On 20 May 1927, Gwendoline Dusk Lewis was born to Harriet in Fielding. Like David, her birth record is not yet ‘historical’, so I don’t know who her father is for certain, but I would put money on it being Frederick Lewis, Jack’s second son.

On 26 June 1927, Harriet and Jack’s daughter Ellice died in Palmerston North, aged 5 (ref 1927/7133). Newspaper records show Jack used the passing of his daughter to get his maintenance order reduced. Not that it matters, he didn’t pay.

The records related to most of the events in this year will be made public in 2027. That’s going to be an eventful year for putting the details of everything that happened here into place. I’m fairly certain that David Leyland Lewis was raised by his mother and Fred Lewis from around the time of the divorce in 1927. Fred and Harriet lived together until Harriet’s death in 1974. For all intents and purposes, David would probably be seen as Fred’s son – which is why I believe he was labelled as a ‘nephew’ on the photo above.

Some family trees I have found attribute these events as being between John William Henry Lewis (Johnny, the eldest son and second child of Jack and Jessie), Fred and Harriet. But Johnny seems very deliberate about including the ‘Henry’ in records, and the ‘Henry’ isn’t included in any records associated with Harriet.

There’s evidence to suggest that Johnny’s relationship with his brother Fred was just fine. Electoral Rolls in 1938 show the three of them living in the same house. I believe there’s more than enough evidence to set the record straight and say it was the father, Jack; rather than the brother, Johnny, who Harriet divorced for Fred.

I found a Police Gazette ‘persons wanted’ ad for John William Lewis by the Fielding Police in 1928. A follow up ‘persons found’ piece led me to Havelock North near Hastings.

I used what I call my ‘brute force technique’ to find the right John Lewis’ death date – something I also used to find the grave of the Smith Sisters.

I asked Births, Deaths, and Marriages to spit me out a list of every John Lewis who died between 1928 when the police found him and 1975 (when he’d be 100). Then I cross-referenced their age at death with ‘my Jack’s’ birth date. The one in 1957 matched.

That took me to the probate records. The location of Havelock North matched, the son (David Leyland Lewis) matched, and I was introduced to Amy Lewis, Jack’s third wife. Marriage records then confirmed Jack marrying an Amy Day in 1928 (ref: 1928/1880).

In 1925, Woodbine divorced Amy on the grounds of adultery – another divorce file we are waiting to become available. There’s a decent chance her affair partner may be Jack. It certainly wouldn’t surprise me.

They are buried together in Havelock North Cemetery (plot G/#/247).

She is buried in Taradale Cemetery and is still within living memory of some family members. 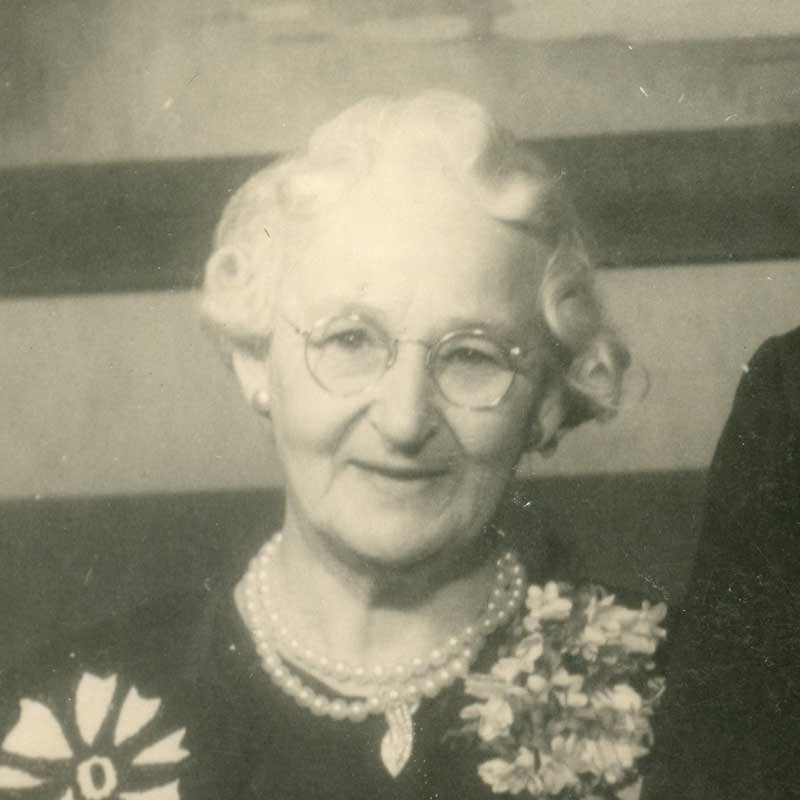 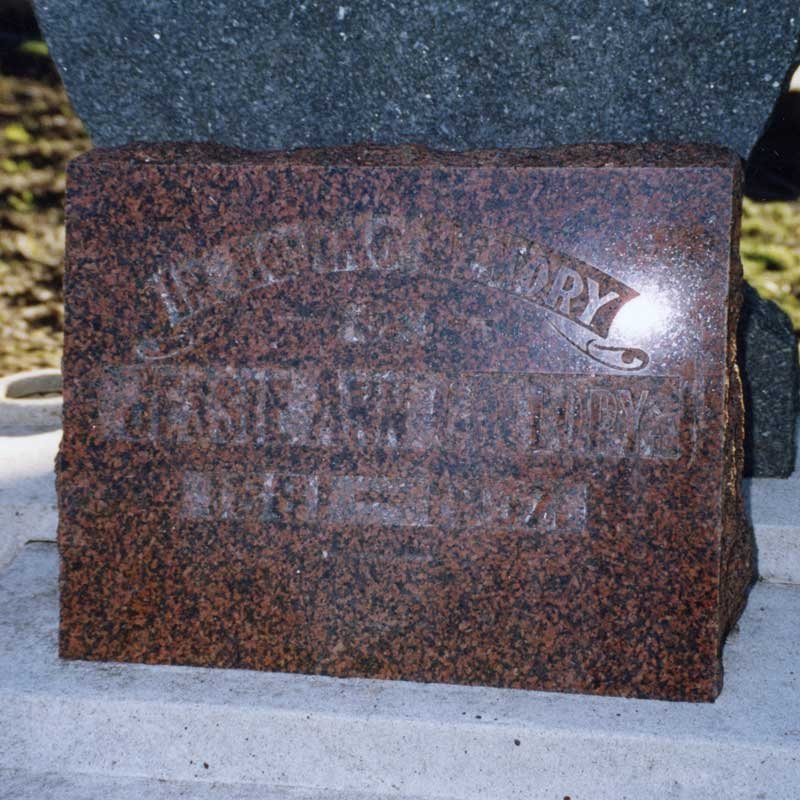 Jessie Annie Callopy (est late 1940s-early 1950s), and her headstone. From the collection of Pat Fulton.

Somehow my tree reads that Fred and Harriet got married in March 1928, but no record of any marriage I can find exists. Perhaps given Harriet’s name was already Lewis, they didn’t feel the need.

Either way, they lived in Palmerston North until around 1945 when they moved to Gisborne. They had one more child (presumably together), Douglas Warren Frederick Lewis, born 15 June 1928. It’s possible you landed on this page and have read this far because you are related to John William Lewis in some way yourself – he fathered at least 10 kids that we know about. If that’s true, I’d love to hear from you! Please get in touch, there’s a contact form on the ‘About’ page.

More recently I have started to uncover the stories of Jack’s parents and siblings. I have my research in a Google Doc, and there’s still plenty more to uncover. I’m sure that will be a story for another day.