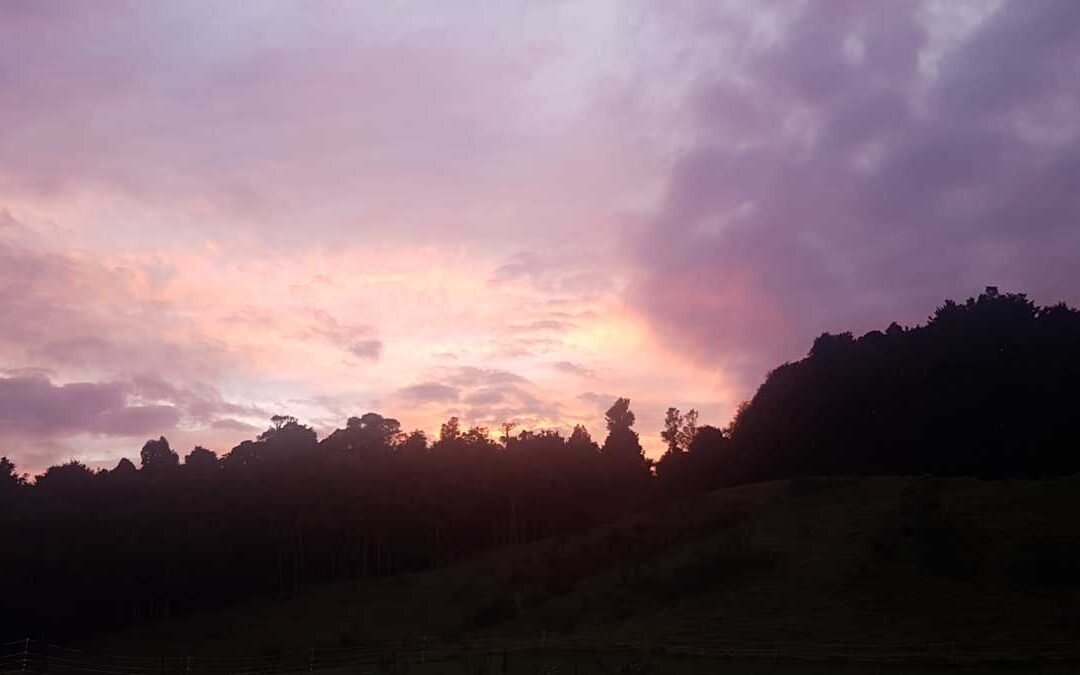 For the last few months, I’ve been digging into my family’s history. It started as a project over Waitangi Weekend to better understand my relationship with this country as the descendent of colonisers. But then I really got bitten by a bug and it’s taken me in a number of directions since then.

One of the things I wanted to do for a long time was understand the history of the land we have found ourselves living on. As I became more confident navigating the tools available to a researcher, I began dipping my toes into that history.

I am still very early in that research, but along the way I have learned something quite incredible. And that’s the story I want to tell today.

Just quickly as a piece of background information: we live in a subdivision of 8 properties that was created in 2008. Prior to 2008, it was held as four land titles. The 2008 subdivision means each modern owner possesses chunks of up to 4 of those original parcels. Our property in particular spans all four.

In 1856, the Crown purchased a block of land named ‘Taraire’ for ₤300 (the equivalent of about $40,000 today) from local Tangata Whenua. The block is large – dozens of farms worth. I haven’t quite mapped the entire border, but I know we are located on the south-eastern edge of it.

That block was surveyed, split up, and then I believe was logged and/or burned off by timber companies – but again, this is a part of the history I still need to do more research on.

One family slowly collected these pieces over generations like a game of Monopoly: The Bramleys.

William Bramley arrived in New Zealand in 1859 with his wife and seven children. After a short stint in Auckland, they moved to Kaeo where they became a prominent settler family of the area.

Four of his sons – William Adamson Bramley, Robert George Bramley, Samuel Sanford Bramley and James Thwaites Bramley all had interests at one time or another in the land we now live on. You can see it gets complicated, and there is a whole story here in and of itself, but the short version is decedents of William Bramley (mostly via Samuel) owned and worked this land until 1956.

They ‘settled’ it. They may have cleared it. And they are the family that brought the 4 original titles together over a span of 50 years.

A few years ago, Richard’s mother gave me a copy of his family tree documents. I did a little work with them and learned his family spent some time in Kaeo. But then I put it away and earmarked it as something to come back to.

As I learned more about the Bramleys, a familiar name popped out at me – Penney. It turns out that Richard’s family married into the Bramleys three times!

Margaret’s second husband was Henry Dangen. Henry had a daughter from his first marriage – Ada – who married James Thwaites Bramley in 1885.

More recently, I was looking for living relatives on my father’s side who might have information for my Smith Sisters project.

It led me to my grandfather’s cousin, Nancie Aline Lomas. I learned she married Linton Lewis Carr in 1942. My curiosity was peaked when I noticed Linton was born in Kaeo.

So I followed his family tree and just about fell off my chair laughing when I learned Linton’s mother was Alice Harriet Bramley – the daughter of William Adamson Bramley (who because of the mysterious circumstances around his death is my favourite Bramley brother).

My family has very, very few touch-points with Northland within our history – mostly we ‘come from’ Napier, Wellington, and Otago. But somehow my grandfather’s cousin met and married a Bramley in Wellington, before they moved to Auckland in the 1960’s. They didn’t have any children, but they were together until Nancie’s death in 1982.

Both Richard and I are related – separately, and through marriage (so it’s not weird, I promise) – to the family that took post-colonial ownership of the land we now live on.

I’ve spent years with an interest in the post-colonial history of Northland. I was an adult the first time I visited and old enough to appreciate what I was learning. Then I studied the area a few times, including a dedicated paper, during University.

It has never not broken my heart that the massive Kauri forests that once stood in Northland, do not stand here now. I’ve never not been devastated by the loss of over 90% of our wetlands and swamps.

Kauri timber and gum production was an important early industry in the Northland region, and both the Bramleys (and the Penneys) were right in the thick of it.

Many of the Bramley Brothers were involved in the Kauri industry. They worked as ‘bushmen’ cutting down trees; and as surveyors and managers for forestry companies.

You can’t blame them – it was a roaring local trade at the time and in general, they weren’t particularly creaming it. If you need work, you take work.

What we are left with today

Knowing what I now know, I’ve been looking closer at our bush. Occasionally, you see something that makes you think it’s really old. But when you look closer, you realise – actually, it’s not that old at all. It’s certainly not ancient. Maybe 100 years.

We were out exploring the other day and I suddenly noticed the lines – about 2m apart – of kānuka we were walking beneath. A human-planted revegetation project installed in the last 40 years.

You notice dips in the soil that look suspiciously like the place a tree-stump might have once been. Then you see all the ‘big trees’ are either on steep, inaccessible land, or gnarled and twisted. No good for timber. Everything else… it’s not that old. Older than me, sure. But young in the scheme of time.

If the land was converted to farmland under Bramley ownership, then it stands to reason that’s probably when forest was removed, and the wetlands were drained. Though there is a good 40 years where other farmers owned it and before more stringent environmental legislation came into effect – so I can’t squarely put all the blame in one place.

The age of the trees growing today indicates the Bramleys also allowed regeneration to some degree – at least on the most inhospitable and steep land. They were humans who made decisions they thought were reasonable at the time – and their work is part of what has made the land habitable and productive today.

A couple of years ago, I made our forest a promise. I told it that I would work to restore it. That if I found seeds, I would grow them, and plant them back over the grass.

There’s a good 5ha of pasture and drained wetland ‘out the back’ of our property. I’m quite interested in reforesting it. But the truth is – that’s a lot of land, and it needs so many trees! It’s overwhelming. I’m not even sure how to start!

Still, last year I grew 120 native trees and we have plans to plant them this winter. This week I sowed mānuka, karamu, and harakeke seed to raise for next year. It’s about time to go looking for taraire and puriri seed too, now that I think about it.

You could always just say New Zealand is small and if you look close enough you’ll find links to anyone. But this mission feels more personal now.

I began trying to figure out my place within the colonial clusterfuck that is this country. And it turns out, I’m exactly the right person in exactly the right place to right some wrongs – from an ecological perspective, at least.

Want to own a piece?

One of the properties in our subdivision is up for private sale at the moment. Here’s the listing if you’re looking or curious.

I couldn’t tell this story without the book:

I also used the historical land titles referenced within the piece.