This week I’m grateful I’ve already learned the lesson that “being kind” applies to myself as well. We began the week on Monday with a trip to the supermarket. It felt like I was going to battle with an invisible enemy. Would I be bring home The Rona on those apples? Or is it on the cheese? I barely slept on Sunday night. And the anxiety of the trip led me to crash on Tuesday. We’re well used to shopping once a week, but that’s three days of heightened anxiety caused by a 45 minute trip to the supermarket. I hate this. A few years ago, I had a total breakdown. I was practically incapable of going anywhere for months. I thought I’d never get past it, and like recovery took forever. But the truth was, I was beginning to feel more like my ‘old self’ at the beginning of 2020. Like many people, I find recent events have set back some of my mental health progress considerably. The main difference between then and now is I now know the path back to recovery. I’ve set myself a regular yoga practice. I go for walks around the property. I write. I learn. And I grow stuff in my garden. This week, I went into the garden and wrote an itemised list of everything I wanted to get done in there, organised by garden bed. The garden feels important right now. And for the remaining days of the week, I’ve been plodding through that list. Some days I didn’t feel like doing anything at all, but on other days, I got quite productive. Even though my brain and body both feel like lead. I know the garden is one way to shake that off. Ever so slowly, I re-discovered my strawberries. My mortal enemy, kikuyu grass, had been attempting to claim them. It took hours to disentangle it from the bird netting and pull it from the beds. Every day I made a little bit of progress, and this week, it was finally finished. It looks like we have got plenty of runners there to create a new bed in the next couple of months.

Then I moved onto the broccoli patch, which mostly needed weeding. While I was there, I tidied up the lower leaves to help airflow and feed the bunny. I also found an armyworm caterpillar, so I gave the whole patch a spray with BT. Finally, I added some mulch around the pak choi. We should be able to start eating that within two weeks. Next on my list is the tomatoes. They were planted in January and are now dripping with mostly green tomatoes. But my plants are just kind of lying all over the garden bed in a slovenly fashion. They’re healthy as, but the tomatoes being on the ground causes rot in the fruit before we get to them.

I’m planning to go pick all the trusses today, then allow them to ripen inside. Hopefully this will give me a whole lot of ripe tomatoes at once. Sometime next week, or the week after, I’ll need to get onto preserving them. 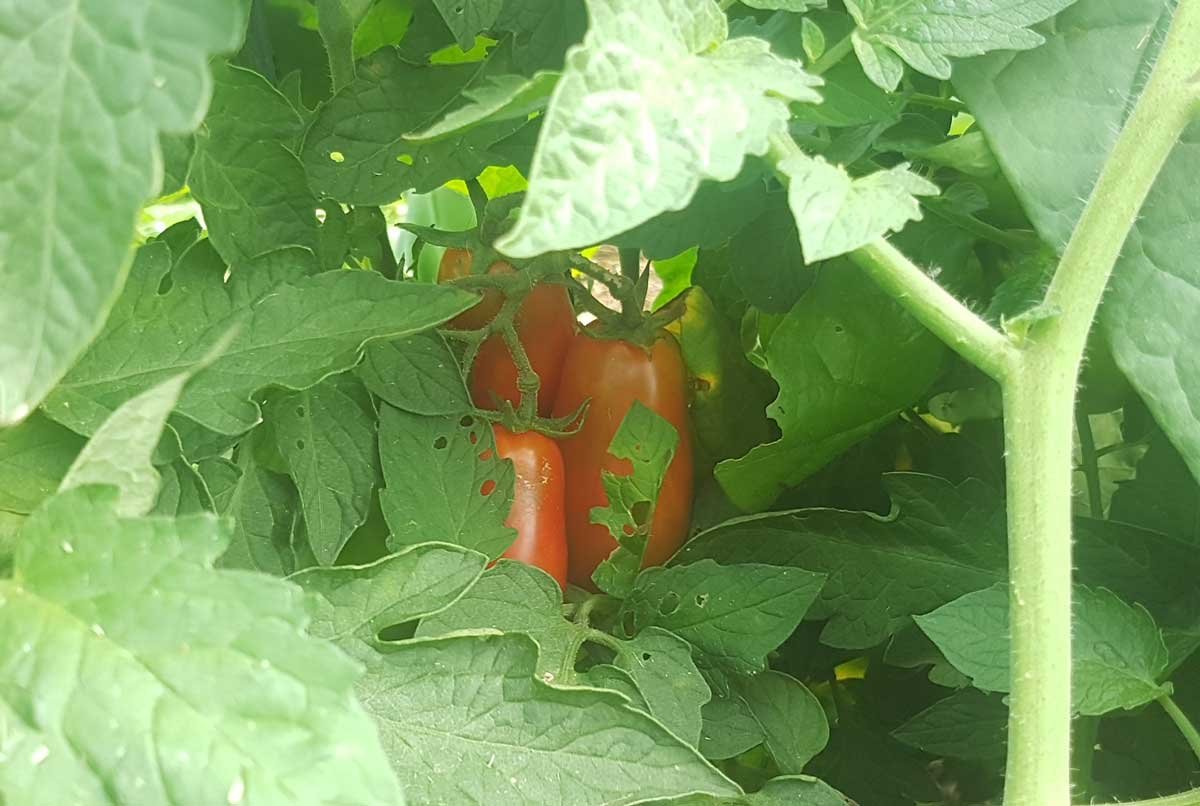 My sleep patterns are absolutely screwed – and not just due to Daylight Saving. So I’ve found myself using the early hours of the morning to study, and write. This week I wrote about things you can grow from your kitchen. And I spent time studying amenity horticulture via the Open Polytech.

There’s no routine or discipline. Except for the Ashley Bloomfield Show at 1pm, and feeding the animals, things happen when I can be bothered. And that’s OK.